fall break is over in about 14 hours. my kids haven’t been in school since September 27. that was a LONG time ago. what is fall break you ask my Canadian friends? it’s a break for kids who start school in august. but my kids started school in july, so they get two weeks off, not just one. I live on the west coast now friends, no one here has any real respect for labor day. by the time east coast children are getting ready for school, my kids are getting ready to wrap up semester 1.

anyhoo, for our first week of fall break, we spent it with Gabe, Corban, and Emma. they were not on fall break, but their parents were! I am so glad that Robert and Lindsay got to get away for a few days just the two of them. I admittedly was TERRIFIED of having six kids for four days, but it ended up being just fine! i can’t say it was GREAT, cause then chris is going to get some idiotic notion in his head that I want to have six kids. which I DO NOT. ever. but the kids played great together, and my nephews and niece were on their best behavior! so proud of them. we never went out in public together, cause that would have been a guaranteed lose-at-least-one kid situation. and
my minivan is not properly equipped to hold six kids in the back (oh how I wish I had an odyssey or sienna! Asian car makers know how to make a minivan right!) but I had to go to church on Wednesday with all of them, so lily and topher were allowed to take turns sitting in the front seat with me and they were SO HAPPY! they are really looking forward to growing up, but I do not want it to happen as quickly as it’s been happening.

did I tell you a few weeks ago I woke up to mia calling out for me. that’s not unusual, but instead of saying ‘mommy!’ or ‘mom!’ she was calling out for ‘jihae!’ it was so stinkin hilarious. she is the only one of my three kids who has ever done that. she is a baby comedian. a disrespectful one, in the eyes of hard-core Koreans, but still a funny one.

anyway, after my blondies left the nest, we also abandoned ship and drove to san diego to hang out with the malloys. (we unfortunately had to leave chris behind. but he survived! just barely. but he survived.) but the rest of us had so much fun! james was a champ and let jeehon and I have plenty of time to hang out together. our first night together, we went out and watched a movie. in a movie theater! it was amazing! I seriously cannot remember the last time my sister and I watched a movie together in a movie theater together. maybe 6 years ago- pre kids? we watched ‘we’re the millers’ and it was hilarious. it might not be for everyone, but it was for us.

my niece sunha is in school twice a week and she is so dang cute. my sister packs her a turkey sandwich pretty much every day, and every day she tells jeehon that she finished her ‘hamwich’. SO CUTE! kids can be annoying, but they can be so cute and that’s why we keep em around. I told jeehon to start making her ‘jamwiches’ to switch things up.

the kids are at a great age where we basically didn’t do anything too amazing, but they were just so happy to hang out with their cousins! if gas and food wasn’t so expensive the last two weeks would have cost me next to nothing!

and, to cap all this kid-filled fall break madness, I got a brand new niece! Sarah Joy Zahn was born to Josh and Aly on Sunday October 6. she was born 36 weeks and 6 days, but her little lungs were not exactly acting the way they should have been, so the pretty little lady had to hang out in the NICU for over a week. but she finally went home TODAY!!!!! (yippee!!!!!) can’t wait til she is up and at em and raising heck with the rest of her cousins! 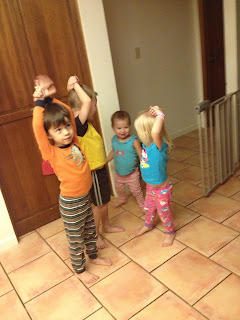 I love this picture cause Gabe and Topher were in trouble so they had their arms in the air- Korean style. (not clubbing style) then Emma came up and thought they were dancing so she joined them. 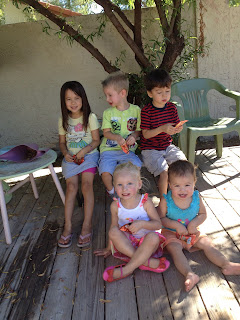 we ate a LOT of fruit snacks. it kept them quiet, happy, and they were eating fruit for pete’s sake! it’s good for them! 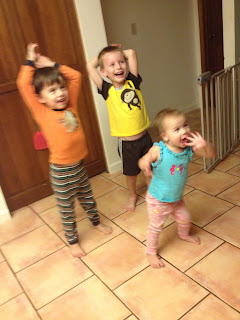 if Mia thinks people are dancing, Mia is dancing. 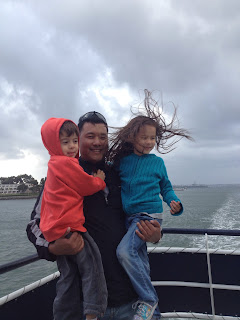 at the san diego zoo! a baby elephant is getting sprayed behind them!

sungu is a beast. he is almost as tall as me. and he’s only 6. I need to buy some new heels. 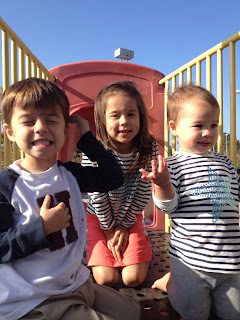 matching is my fave. 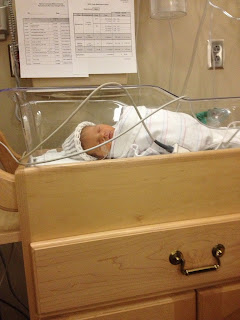 my precious niece a few days before getting to go home!

Aly is a champ and is already a superstrong and awesome mama!!!